The BPIF and CDi mark Yorkshire Day with an event to celebrate the print, creative and digital industries 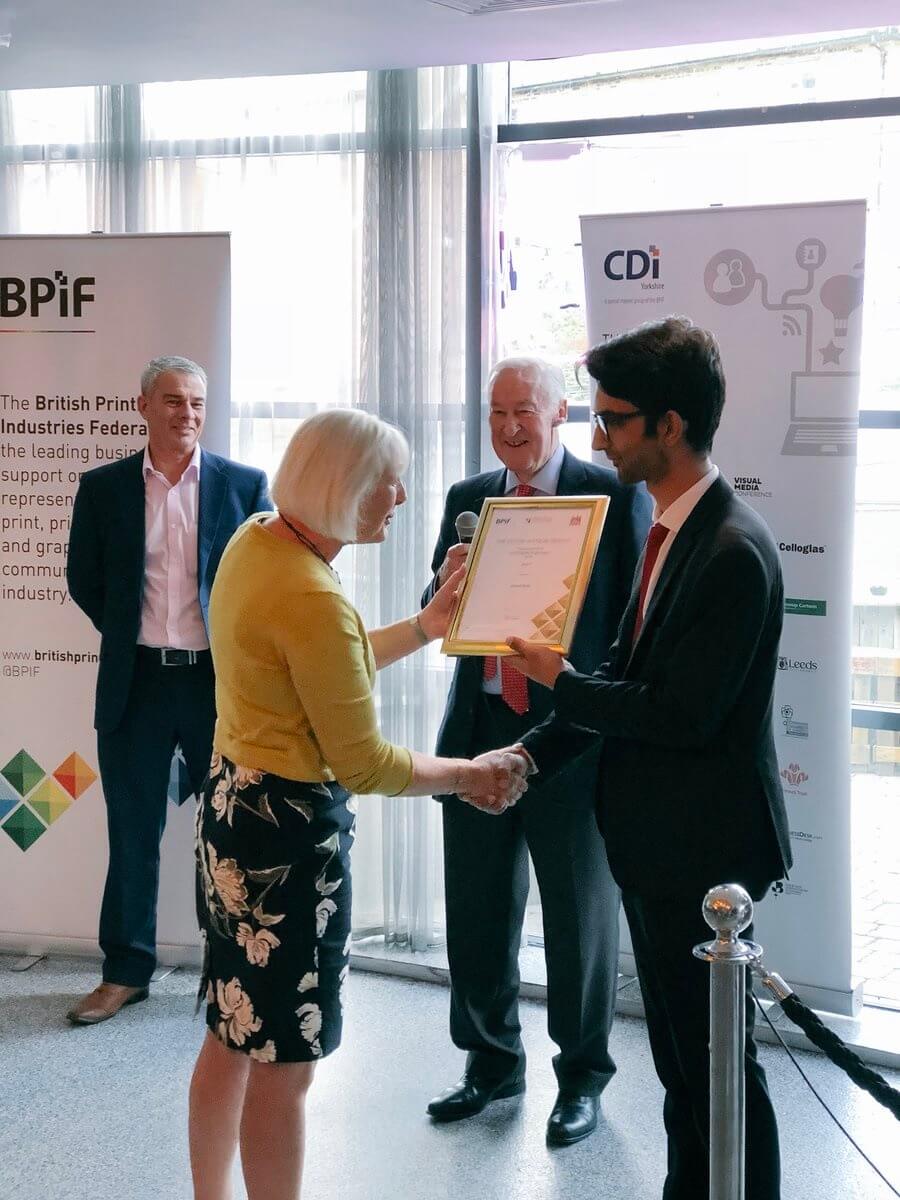 The BPIF and CDi, in association with the Stationers Company, hosted over 90 leading lights from the print, creative and digital industries at the Oracle Bar, Leeds to celebrate Yorkshire Day 2018.

Dale Wallis, Membership Director of the BPIF, opened the event thanking guests for their attendance to celebrate their respective industries this Yorkshire Day. David Allan, who was elected Master of the Stationers’ Company last month then spoke about the strength of these industries explaining how they are committed to educate for the future.

The highlight of the event was the presentation of the Victor Watson Trophy by John Watson, OBE, whose late brother the trophy is named after. Now in its 3rd year, the trophy was launched in memory of Victor Watson CBE DL to recognise a Young Person of Outstanding Achievement employed in the industry. This year a Certificate of Merit was awarded to Ismail Mulla a business reporter at the Yorkshire Post.

CDi President Robert McClements concluded the event by setting forth his plans to continue to promote and grow CDi in the future. He thanked partners, organisers and sponsors in particular The Stationers Company, Garbutt + Elliot and Ad:Venture, and went on to encourage attendees to browse the exhibitors Leeds City Region LEP, TechNation, CuratorSpace, TopicUK and Chloe Kutkus Morton, a freelance printmaker and illustrator supported by The Printing Charity through The Prince’s Trust, who were all on hand to demonstrate their own collaborative contributions to the sector.

The day concluded with a BBQ lunch providing a great opportunity for all those who attended to network with peers, highlighting the important role the BPIF and CDi play as the ‘network of networks’.