The history of our Almshouses 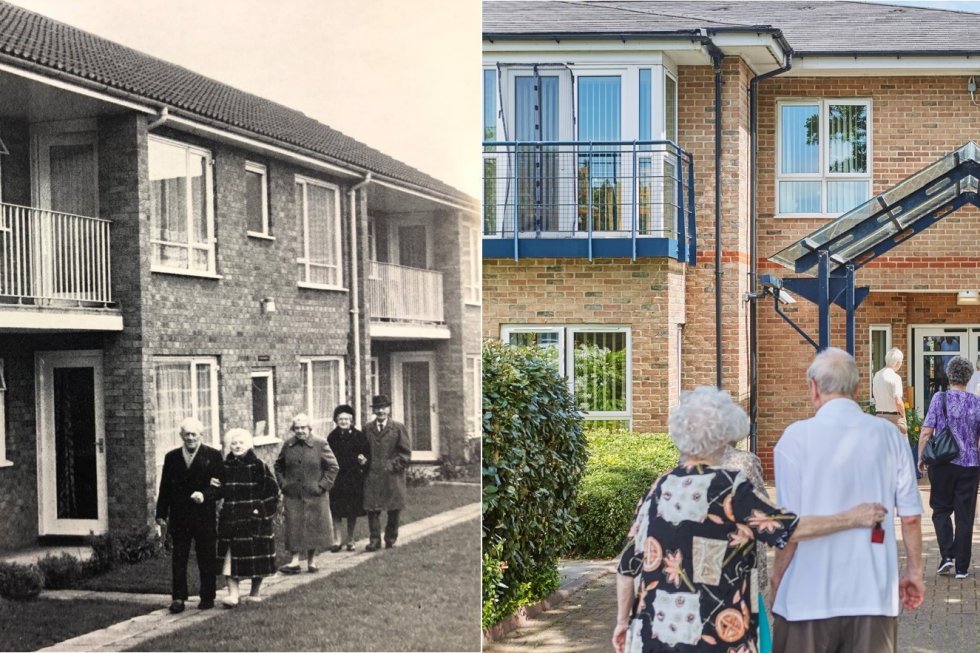 Almshouses were created as a form of social housing, to help people in need afford a place to live. They are run by charities like ours, who offer support to those in financial need, and often cater for specific communities of people and their families from various trades.

The very first Almshouse that the charity owned was at Wood Green, and was officially opened on 11th June 1856, although it no longer exists today.

Fast forward to the 1960’s and the next generation of almshouses were being built by the charity. £160,000 was raised and the site in Essex where Southwood Court now resides was purchased. The residences were completed in 1964 and opened by none other than Her Majesty, Queen Elizabeth the Queen Mother.

The homes in Essex were such a success that a similar set was planned for Bletchley, Milton Keynes, now known as Beaverbrook House.

Take a look at our image gallery to see how our almshouses have changed through the years.

75th Anniversary of The Almshouse Association

2021 marks the 75th Anniversary of The Almshouse Association.

The Association traces its roots back to February 1946 when, at a meeting held in the Chapter House of Southwark Cathedral, representatives of London’s almshouses formed a committee to safeguard the interests of almshouse buildings and the welfare of residents.

The Almshouse Association provide support, information and guidance on a broad range of general and specific issues, to over 1600 independent almshouse charities that provide homes for around 35,000 residents across the United Kingdom.

Over the years their services have extended to include guidance manuals, policy documents and model templates, training seminars, interest-free loans and funding, as well as providing a platform for members to advertise resident vacancies, discuss best practices and share knowledge at local meetings and via a members’ forum.

Their primary function is to offer those running almshouses with guidance and vital updates on policies and standards. They also help to raise the profile of almshouses and the benefits to the local community, offering grants and loans to those charities who need help in creating dwellings. The Association has its own Board of Trustees that is responsible for guiding the charity, developing and overseeing the delivery of the strategy and ensuring that the visions of the founder, set 75 years ago, continue to be delivered today. The Association also has Regional Champions that are  based in different areas of the UK with local knowledge that can offer guidance and support to charities in their region.

Throughout 2021, the Association is raising the awareness of almshouses and their importance in society today. Member charities are also busy holding garden parties in celebration of their wonderful almshouses and The Almshouse Association’s 75th Anniversary.

Both are focusing on championing the movement to ensure the continuance of their almshouses for many generations to come.

There are currently vacancies at both of our wonderful homes in Bletchley and Basildon . If you, or someone you know, is retired and has a connection to the industry, and may be interested in finding a new home, get in touch with us today .