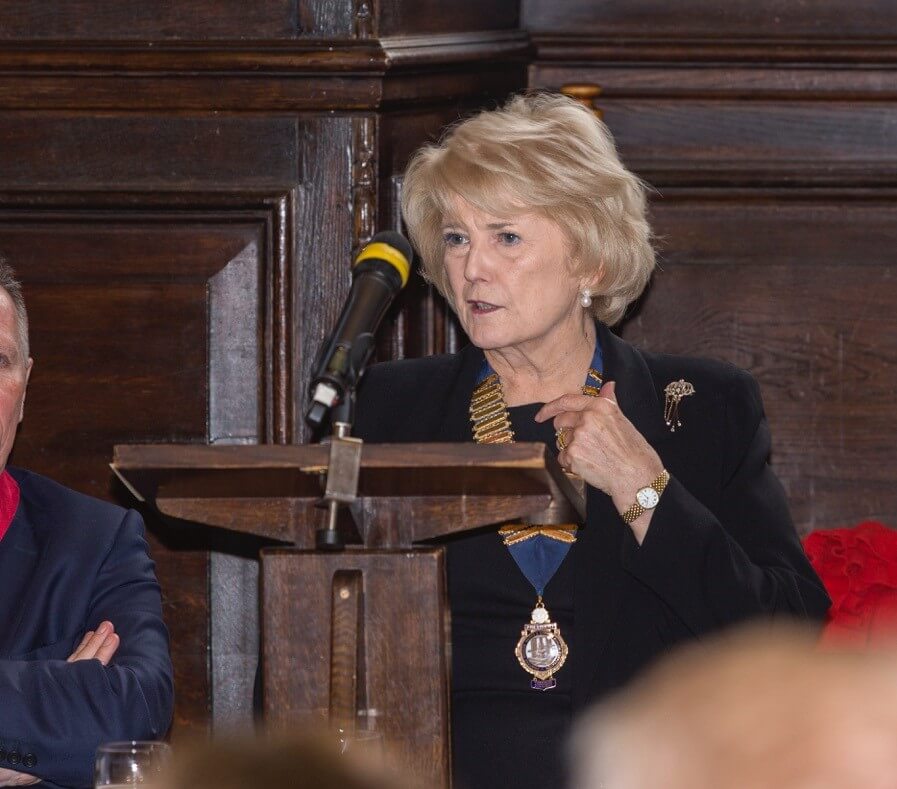 The Printing Charity celebrated its 190-year milestone at its Annual Luncheon on 23 November at Stationers’ Hall, London, with over 180 guests from the printing and publishing industries.

The Rt Hon. the Baroness Dean of Thornton-le-Fylde, this year’s guest speaker and the charity’s 2017 President, said: “When The Printing Charity was founded in 1827, you could say it was the new kid on the block when you consider that the industry has been around for over 600 years.

“As with the industry, The Printing Charity has changed and through the great people, young and old, working in it, is as needed today as it was when it was founded. The charity still has two retirement homes for people who have worked in the industry. Care of the elderly was the founding principle of The Printing Charity, but today it also affects the lives of so many young people in supporting their education and entry into the sector through its Education and Partnerships work.

“The printing industry is a key economic contributor to the UK. It employs around 116,000 people in 8,400 companies and, with a £13.8 billion turnover, it’s the world’s fifth largest producer of printed products, with a positive trade balance of £775 million last year.

“I never forget that I had my time in this great industry born of the printed word. I’m proud of its role in our democracy and our institutions; and its relevance in keeping pace with a vastly changing world and providing the routes so often to those changes. Its contribution in communications availability goes far beyond simple economics. It’s at the heart of a healthy, functioning democracy. The institutions and their role and history in our industry are to be valued and treasured.”

At the event, Jon Wright, The Printing Charity’s Chairman, reflected on the charity’s year, saying that it has been developing its welfare and wellbeing services to meet the multiple needs of the people it supports of all ages. He explained the charity works on multiple levels from financial assistance and signposting to specialist services to simply being a friendly voice at the end of the phone for people experiencing hardship.

Four of the 78 winners of Print Futures Awards this year were invited to exhibit samples of their work at the event: Mary Ashcroft, a recent textile design graduate specialising in print; Katie Charleson, a homewares designer using traditional screen-printing and digital print techniques; Cecilia Dinwoodie, founding editor of illustration and music zine, Cool Brother; and artist and illustrator, Sofia Niazi, who runs a community risograph printing press in London.