Our flagship Print Futures Awards have been helping to attract and retain new talent in printing, paper, publishing, packaging and graphic arts since 2003.

If so, you could be eligible to apply for a Print Futures Award of up to £1,500. Applications are open to UK residents aged 18-30 years.

We want to hear from individuals working in the sector as well as those intending to join it. You'll need a clear plan of how our financial support would help in developing your career.

We will consider applications for things such as post education internships; relevant training courses; professional accreditation; and kit and equipment where applicants can demonstrate they are beneficial to their studies, training, and development.

Applications for our 2019 Awards programme are now closed. Thank you to everyone who submitted an application. The application process for our 2020 Awards will soon be opening in the Spring.

Call us on 01293 542 820 or email awards@theprintingcharity.org.uk to find out how a Print Futures Award could contribute to your employment prospects and workplace skills in the sector.

Shortlisted applicants will be required to attend an interview  in London in early June.

In the future, Nina hopes to commission her own digital products and will use her Award for key training courses at UCL and the Publishing Training Centre to achieve this goal.

These grants are for people joining the sector as well as those progressing in it. They aim to champion the diverse range of roles the sector offers and showcase emerging talent.

The Awards help fund recognised UK training courses in support of personal and skills development and are open to UK residents aged 18 to 30 years.

Plus all winners automatically join our Print Futures Awards Alumni programme. We want to keep in touch so you can let us know how you have used your award and how your career is progressing. We will also share opportunities we hear about through our industry partners.

I am Connor Daniels, from Glasgow. Outside work, I enjoy socialising with friends and playing amateur football at the weekend.

I have been in the trade for two years now and am a full-time customer service representative at MBM Print SCS, which I really enjoy, but I aspire to move into a sales role.

I describe myself as the bridge between our customers and their orders, being their main point of contact, keeping them informed of their order status. I communicate externally with customers and suppliers, as well as internally with our various departments. This is my most accomplished role to date and I enjoy the responsibilities that go with it.

Everyone in my office has 20-plus years’ experience, apart from three of us who are under 25. Being younger, I’ve received a lot of help from my colleagues. It took me a while to understand how MBM operates and where I fit into it all. Every day I am gaining more experience and my role makes me feel really connected within the company.

I’m passionate about what I do because I enjoy helping people and receiving positive feedback. It’s a great feeling to have someone recognise and appreciate your work for them.

The money I received from Print Futures Award will help me by providing opportunities, which I would not have had before. I am very grateful for the funding and I want to pay the charity back by being successful in my working life. I will take every opportunity to promote The Printing Charity as it is an excellent organisation and I feel exceptionally proud to have won a Print Futures Award.

I would encourage anyone in the trade to apply for a Print Futures Award as it has opened doors, which I did not think were possible. It has also helped me to define and choose a more specific career path for myself and I look forward to seeing what the future holds for me in the printing trade.

Thank you to The Printing Charity. From start to finish, I have thoroughly enjoyed my experience and I would wish anyone applying all the luck in the world to share what I have been a part of.

Anyone can start a website. You find the right domain name, cheap hosting, and claim your social media accounts. In 2016 I created Journo Resources late one evening, frustrated by the pervasive problems still surrounding access to the media.

Journo Resources started as a side project, but I realised it could become something much bigger. In August 2017 I registered it as a non-profit limited company. For the next year I cobbled the content together around my full-time job, and was pleasantly surprised when I added up the takings to some £800 – enough to professionally rebuild the website.

The big break came in 2018, when I won the Georgina Henry Prize for Digital Innovation at the Press Awards, along with a £3,000 prize. I went part-time at my job and really went for it, whether it was launching a job board, an advice section or running events.

The site is now viewed more than 30,000 times a month. Our events have attracted more than 2,500 people and two-thirds of them agreed that they’d become more confident in their careers as a result. What’s more, we were set to turn over about £10,000 for the year, something that seemed unachievable when looking at the previous years’ accounts.

The site had proven potential and I felt like I only had one chance. I knew I could top up my own income with freelance work to pay the rent, but the one thing I needed was a computer. I’d been using one owned by my employers and, while it was a comparatively small expense, it was one I couldn’t afford, which is where the Print Futures Awards came in.

I bought my MacBook, left my job, and am working on Journo Resources full-time, as well as freelance reporting projects. I’ve been given the chance to make a go of a project I passionately feel can shake up our incredibly un-diverse industry.

We’re now reaching more people, finding more ways to increase our income, and it’s growing. Sometimes all you need is for someone to give you a little push before you launch – and for me, that was the Print Futures Awards.

I’m a marketing executive at Oxford University Press (OUP) where I market all of our online products to institutions, like university libraries, across the UK, Europe, Australia, and New Zealand.

I’ve always wanted a career centred round research, which is why I chose marketing in academic publishing. It makes me happy to know that I am helping important research and resources reach people all over the world.

It might surprise people to know that OUP has a really pretty courtyard and pond that is populated by cute ducklings every spring. It also has clubs and societies to get involved with outside work. I’m part of the Befriender Network and the Women’s Network.

Sometimes it can be challenging to be a young person in publishing. Some people at my company and in the industry have been there for decades. That can feel a little daunting but it is also exciting, because it means that I and other young people bring a new way of doing things.

The money from my Print Futures Award helped finance my CIM Diploma in Marketing. This degree-level qualification will provide me with lots of new inspiration for ways of working, and the confidence and skills needed to go for higher roles in future.

I am a volunteer with the Society of Young Publishers and helped plan the 2019 SYP Conference. I am also the Oxford Branch’s Inclusivity Rep. I also. It’s been really great meeting so many people from the publishing industry.

I also volunteer as a trustee for my family’s charity and so this marketing course will dramatically help me with this role too.

I would encourage absolutely everyone to apply for a Print Futures Award. The Awards really do offer an incredible opportunity to improve your skills and work towards wherever you hope to go in your career. You’ve got nothing to lose and so much to gain!

I have always been pedantic. However, it was only while I was at university that it occurred to me to become a copy editor. Now, thanks to a generous Award from The Printing Charity, which was presented to me at a prestigious ceremony at the House of Lords, I am a fully qualified proofreader and copy editor, specialising in fiction, and accredited by the SfEP, with a brand new laptop to boot.

Opportunities like the Print Futures Awards level the playing field by enabling people from all walks of life to access the necessary resources to pursue a variety of careers within print; indeed, I was surprised by the diverse range of interests represented by this year’s winners. Personally, what I am interested in most is comedy: writing, producing, editing, narrating, plus genre fiction and books about nature and homosexuality.

Now that my degree and training courses are complete, I am beginning to look for entry-level publishing jobs in London, with a view to one day returning to the West Country to establish my own press and bookshop/safe space for young people from under-represented backgrounds.

It is no exaggeration to say that I would not be where I am today without The Printing Charity’s support. If you are thinking about applying for an Award, my advice is: do it. You never know, it could change your life.

I’m Gillian Stewart, a bookbinder based in Glasgow. I run my bookbinding studio, Juju Books, full-time from my workshop, where I make books, boxes and portfolios for artists, designers, and book lovers. I first fell in love with bookbinding, whilst studying Illustration at Glasgow School of Art. It took me a few years to get started and develop my skills to high enough standards but I’m now super happy in my work.

Bookbinding engages me so much because there are such a wide variety of skills for my hands to learn. The process of responding to a text is a wonderfully creative process and often involves a fair amount of design, problem solving, and material experimentation.

Bookbinding is increasingly difficult to learn, with no full-time courses in the UK and apprenticeships incredibly hard to come by. This means that the support I’ve had from The Printing Charity makes a huge difference. I’m also very keen to share any skills that I learn through workshops and teaching, meaning that I can help others looking to learn! I’m also Chair and Secretary for the Society of Bookbinders in Scotland, which allows me to meet lots of other bookbinders and share our enthusiasm.

I’ll usually have a few bespoke commissions for books or boxes to work on in the studio. More and more I’m working in fine design bindings, which can take up to eight weeks, and I find these particularly enjoyable. I work long days in the studio, often from 8 a.m. to 7 p.m., but I love what I do so it often doesn’t feel like work.

Right now I’m preparing for my first solo exhibition, where I’ll be showing lots of contemporary book structures. Clients often pop in for a consultation at the start of a project to look at materials and talk about their project and I really like being able to show folk the equipment and tools that will help make their work. 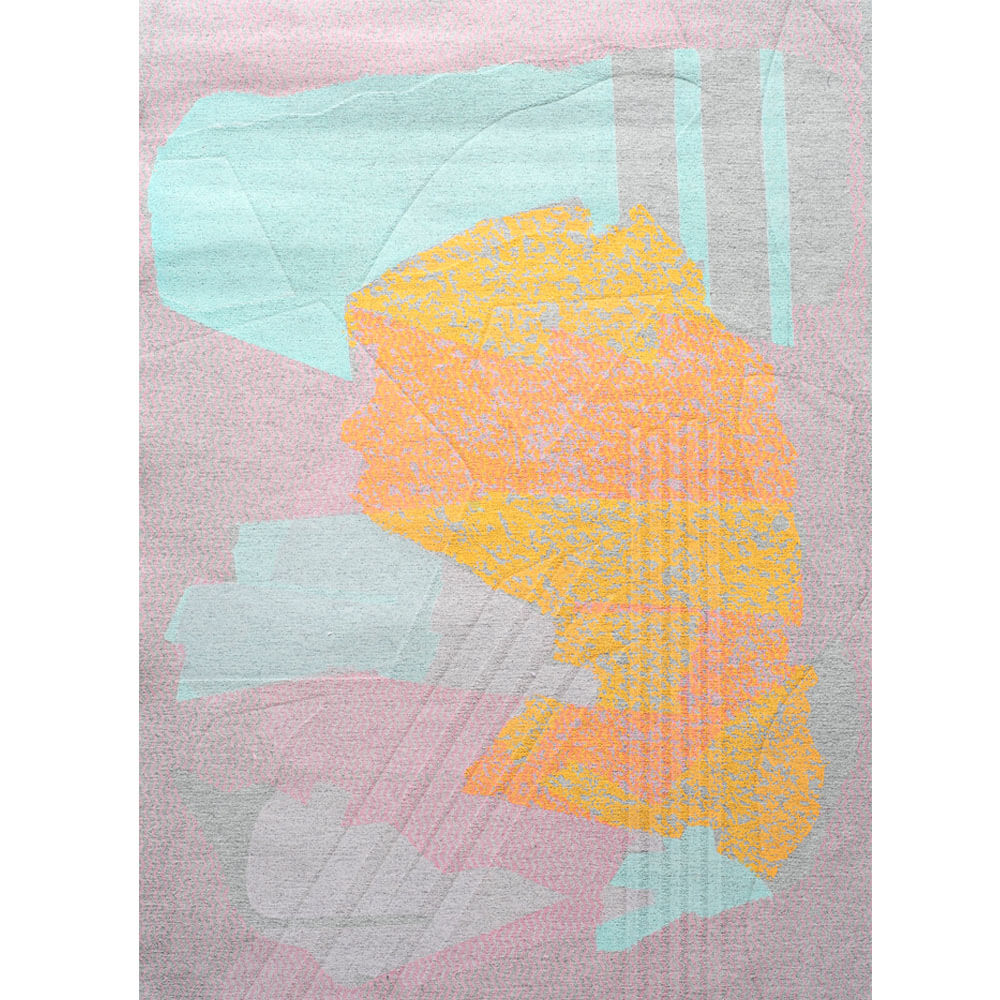 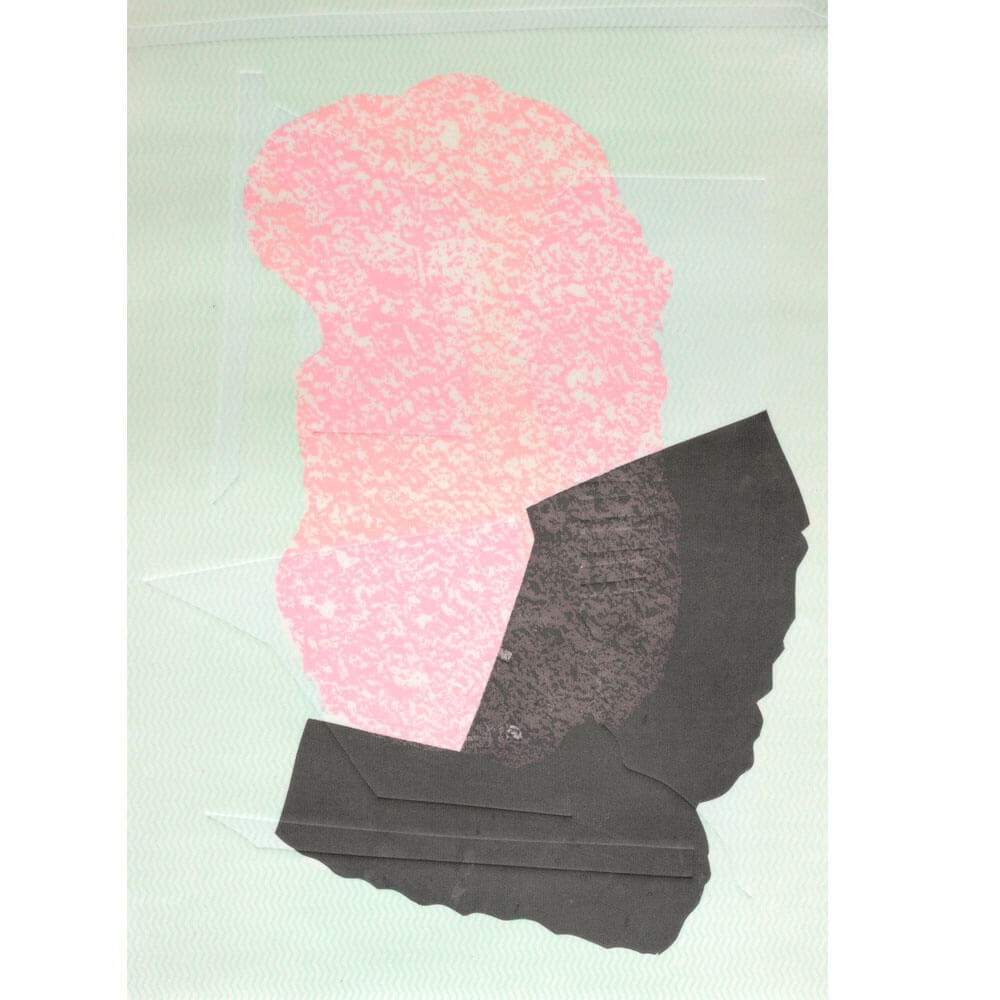 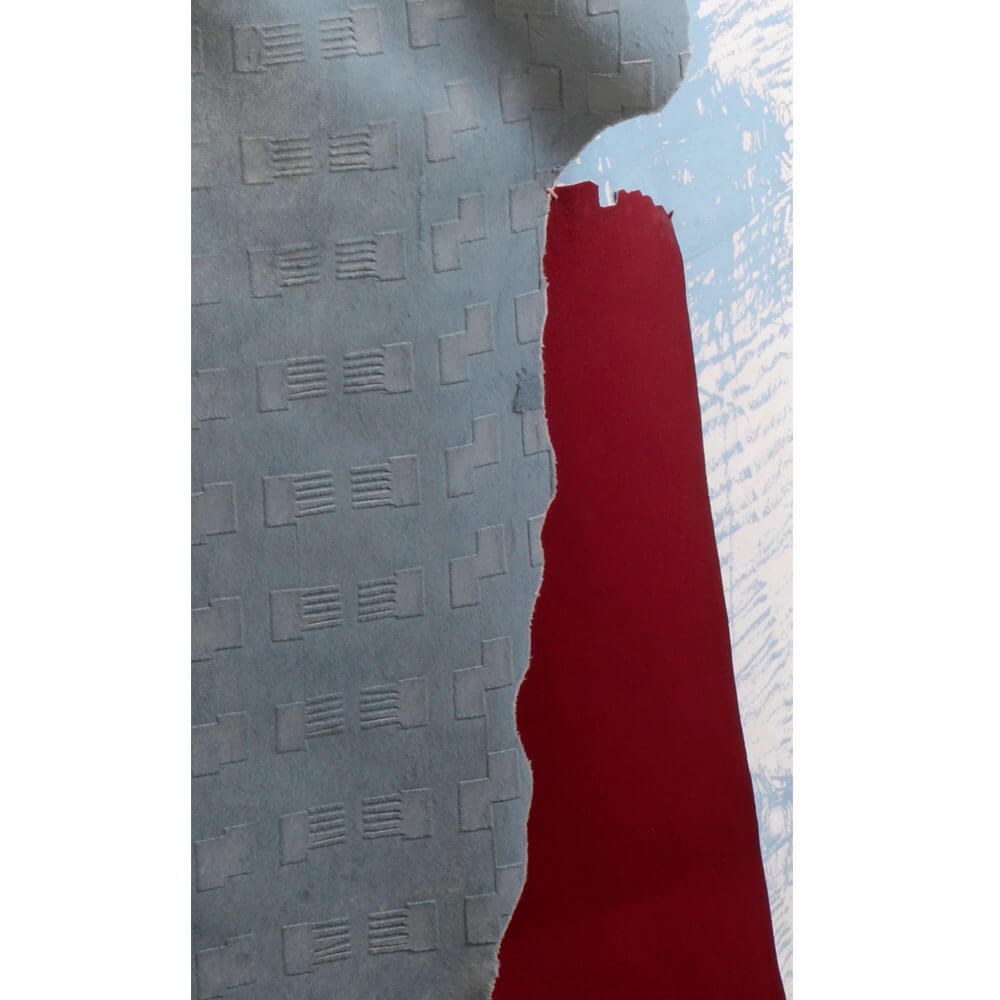 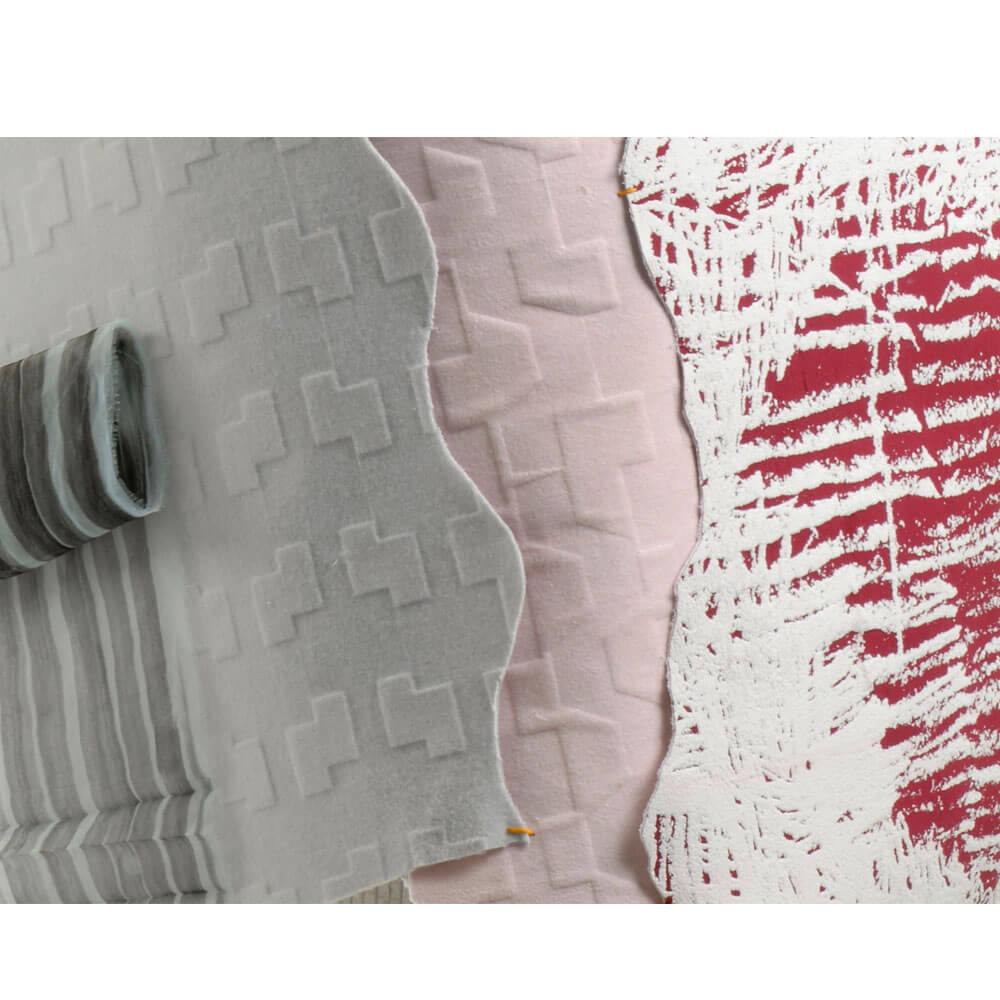