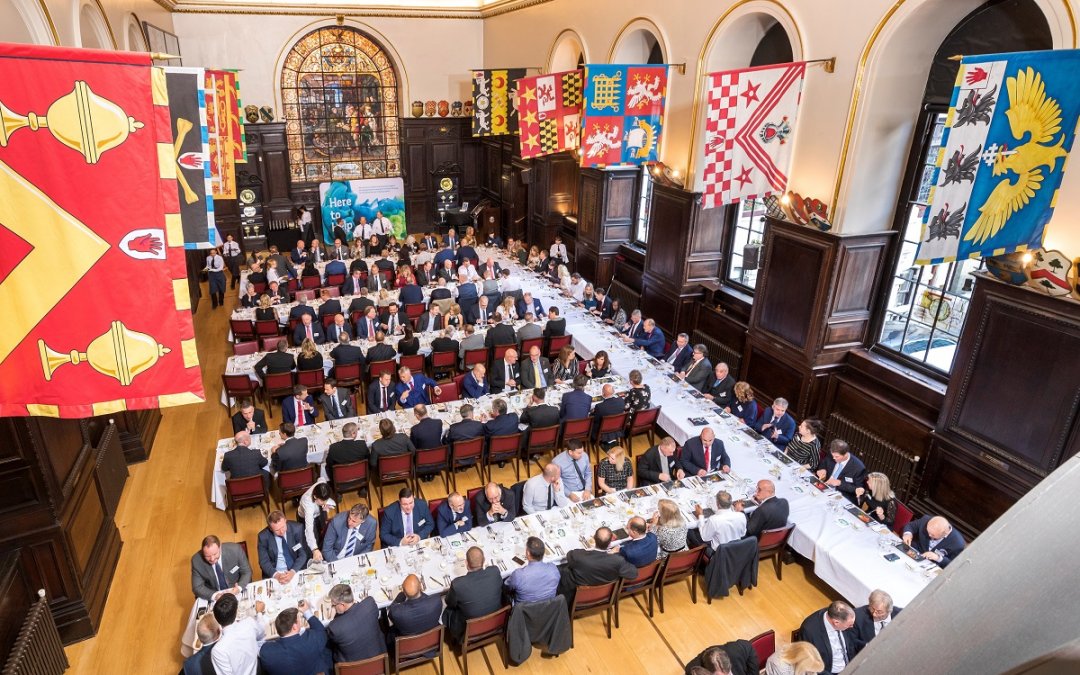 It comes as no surprise that we have had to cancel this year’s Annual Luncheon. The event, which would have been the 193rd, is a cherished opportunity to raise a glass to those working within the industry.

This cancellation becomes the second time the Annual Luncheon has not been held, the first being in 1939 during the onset of the Second World War. With such a long and rich history, we thought it would be apt to take a look at luncheons past, and in our digging found some surprising facts about the annual event.

The first celebration in 1828 was originally an evening affair known as an Annual Festival. Back then the charity was called the Printers’ Pension Society and the event raised £310 16 Shillings.

It’s clearly always been a special event, as demonstrated by the choice of London venues over the years, including Grosvenor House in Park Lane, Vintners’ Hall, and Stationers’ Hall where it is currently held.

Each year someone from within the industry is invited to speak, and the task has been given to an impressive list of names including members of the Royal Family, politicians, prime ministers, newspaper owners, and editors.

Charles Dickens, our President in 1843 and speaker at that year’s Festival Dinner, extolled the printer’s role: “The printer is a faithful servant, not only of those connected with the business, but of the public at large and has, therefore, when labouring under infirmity or disease, an especial claim on all for support. Without claiming for him the whole merit of the work produced by his skill, labour, endurance and intelligence; without it what would be the state of the world at large?”

Guests have been no less impressive and include King George V, the grandfather of our Royal Patron, Her Majesty The Queen. Her father, King George VI, also attended in 1922 when he was the Duke of York. Winston Churchill was a guest at our Festival Dinner in 1934.

Had it been held, the Luncheon this year would have celebrated the fantastic applicants and winners of this year’s Print Futures Award, and our continued support to beneficiaries who need it this year more than ever. 2020 was also the year we launched our long awaited helpline to reach out further to people in need within our industry.

Although it’s a shame we cannot come together this year, we hope that the Annual Luncheon will be back in 2021 with an event to match its illustrious history. Until then we wish to thank our partners, friends and supporters for another year continuing the great work of our industry.

Sign up to our newsletter to keep up to date with our latest news.